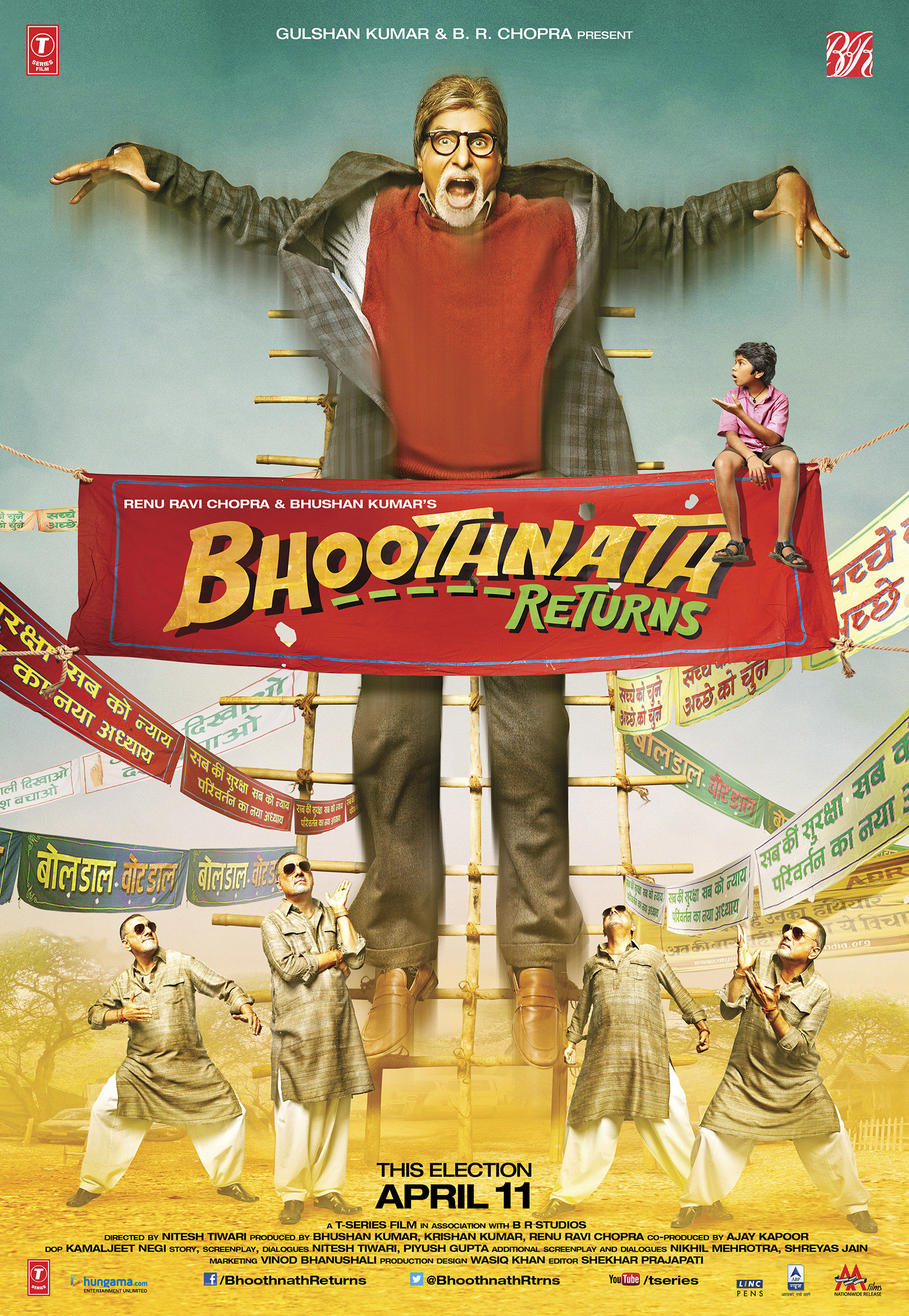 Bhootnath Returns takes the story of Bhootnath forward. As he returns to the ‘Ghost World’, he is greeted with taunts and condemnation from other ghosts for defaming the ghost-community for being bullied by a child on Earth. After the humiliation, Bhoothnath decides to come back to redeem himself and scare away a bunch of kids. Bhoothnath’s quest for children brings him to Hazut, a slum kid who is also the only person who can see him. Together they agree to help each other out and their friendship sees them join in on a task that is bigger than they could have imagined. To move forward, he will have to face Bhau, one of the most powerful and corrupt politicians in the country. Lok Sabha elections are near and Bhau’s victory is just a formality, or is it? In a world where a common man is afraid of politics, will the ghost of a common man overcome his fear to stand up for what is right and fight against injustice? Bhoothnath Returns is a gripping tale of good against evil, the weak against the powerful, the past against the future.