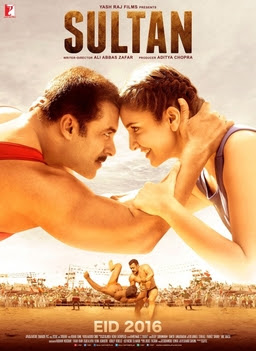 Sultan Ali Khan is a middle-aged Jat wrestler and former wrestling champion, living a secluded life in a small town in Haryana. Akash Oberoi, the founder of a private mixed martial arts league supported by Mr. Patel, is encouraged by his father to recruit Sultan to save the league’s popularity. After a visit to Haryana he makes an offer to Sultan, who categorically refuses, stating that he has retired from wrestling altogether. In search of the reason behind his retirement, Akash encounters Sultan’s close friend Govind, who explains how Sultan’s career began.